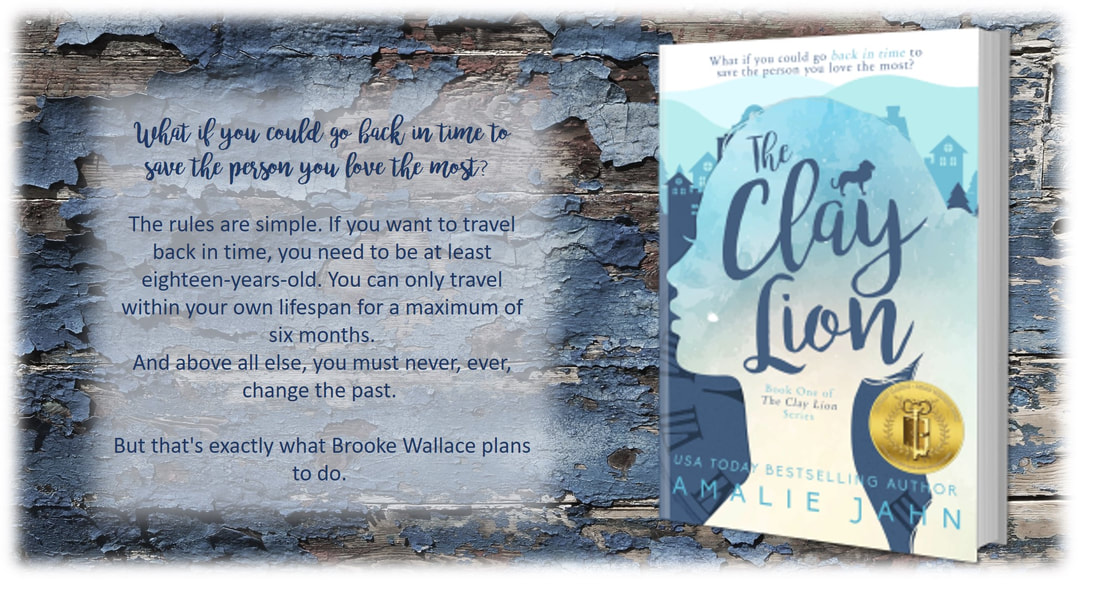 What if you could go back in time to save the person you love the most?

The rules are simple. If you want to travel back in time, you need to be at least eighteen years old.
You can only travel within your own lifespan for a maximum of six months.
And above all else, you must never, ever, change the past.

But that's exactly what Brooke Wallace plans to do.

As Brooke faces existence without her beloved brother, his life cut short by a rare disease, she can think of only one solution - travel back in time to prevent his death. But her attempts at fixing the past challenge her to confront everything she believes to be true about herself, and ultimately, she's forced to discover whether or not we can ever truly be in charge of our own destiny.

Goodreads reviews for The Clay Lion